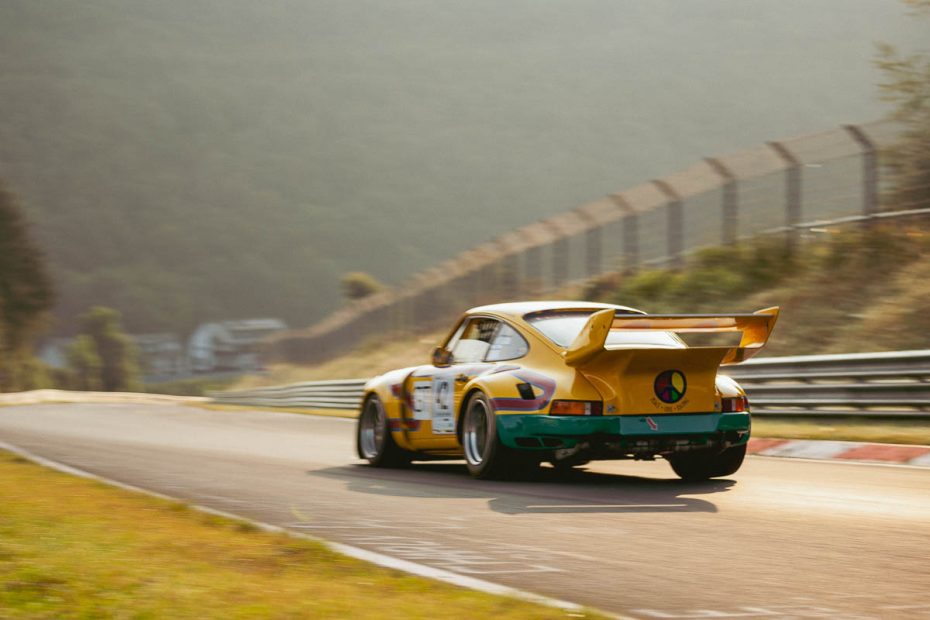 TOP 5 OF THE PREVIOUS YEAR ALSO AT THE START THIS YEAR!

The fact that the event is becoming more established can also be seen in the fact that the top 5 from last year's edition will be at the start again this year. As already stated in the last press release, last year's winning team with start number 1 will start in a slightly different composition. The Swiss Ivan Reggiani, who crossed the finish line in second place overall last year, will compete this year with Charles Kauffmann on his Porsche Carrera 964 Cup and try to repeat last year's success.

Jürgen Rudolph and Heiko Hammel, last year's third-place finishers, are another duo in a Porsche 964 Cup at the start again. The Zuffenhausen Coupe is also bringing Vincent Kolb, who finished fifth overall last year, to the start! As a family trio with father Alexander and brother Carl-Friedrich, he certainly wants to be among the front runners again. Last Sunday, Vincent Kolb was able to finish on the podium in the 12-hour NLS race together with Frank Stippler.

Women's power in the classic from BMW

Just how small the world is can also be seen from the fact that Eve Scheer, the wife of long-time Audi works driver Stippler, will be taking the wheel herself next Saturday. After we mentioned the ladies in the race in our last press release, we now have another all-women team taking to the wheels for the 1000 km race. Together with the owner of the BMW 2002ti, Gaby von Oppenheim, and Claudia Hürtgen, she will take on the challenge.

At the 1000 km race at the Nürburgring from 16 to 18 September 2022, RECARO will once again present the O.N.S Porsche 914/6 GT, which was already in use as a racetrack safety vehicle in the 1970s and had its first successful fire-fighting mission at the Nürburgring 50 years ago. The O.N.S. 914 made its appearance at the 1000 km race in 2022 as an escort vehicle at various races and can thus also be admired in action. In its function as an R-car, the O.N.S. Porsche 914/6 GT followed the starting field on the first lap in order to be able to immediately start the fire-fighting and rescue work in the event of an accident.

The O.N.S. squadron eventually developed into the rescue squadron of the DMSB (Deutscher Motor Sport Bund), which still provides rescue services at race tracks today. In addition to this classic, two other R cars, the Porsche 928 and the Porsche 911, will be on display in the Eifel this weekend and will enrich the starting grid and the formation lap.