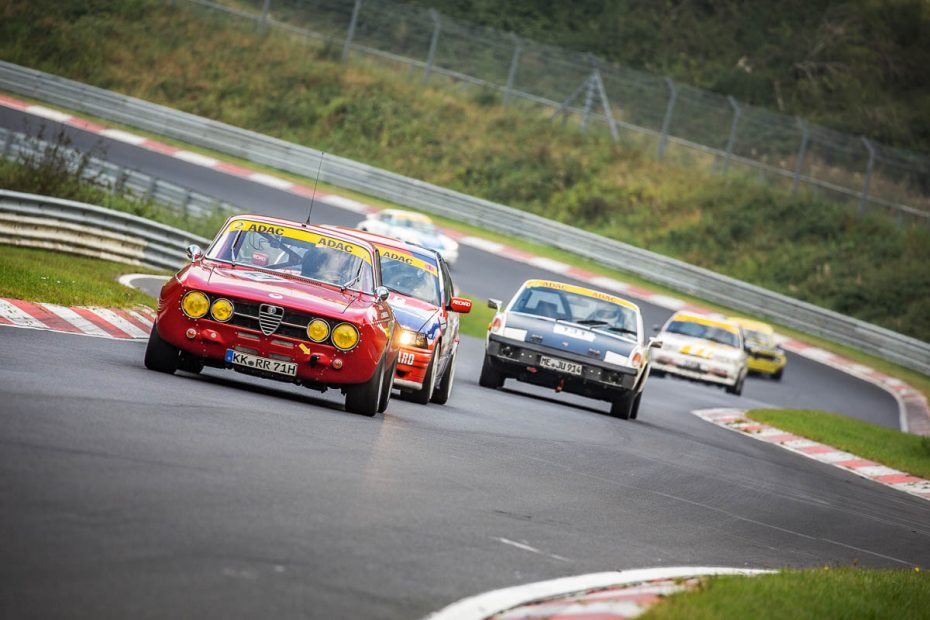 With the first new edition of the endurance classic on the full circuit of the Nürburgring, almost 100 teams returned to the race track.

Not only was it the time after many Corona lockdowns that ended with open paddock, gridwalk and team garages up close and personal for the many thousands of spectators to enjoy, it was also the return of the race for historic cars after the peak years of the legendary 1000km from 1953 - 1984.

Life bustled in the paddock, the fans came very close to the teams, could watch in pits how sometimes dramatically screwed, repaired, straightened. Up to 4 drivers per vehicle were allowed, pit stops were part of the regulations, refueling was necessary, brakes, tire changes... even after the one or other battle on the Nordschleife or the Grand Prix circuit, the one or other sheet metal work... hectic activity prevailed everywhere.

In glorious Eifel weather with over 20 degrees, sunshine and blue skies, the organizers were able to inspire with a perfect race weekend. Optimism and positive mood were noticeable everywhere in the 1000km race.

Teams that were on site reported "It was the right decision to be there"... - Teams that had waited and stayed at home immediately marked their participation for next year.

Rainer Braun gave his farewell performance as active race announcer and moderated together with Tom Schwede and Jörg Henning the start, the almost 7-hour race and the finish in his very inimitable way.

In between, Rainer Braun then went into the thick of the racing action in the Lotec Porsche 911 on board an intervention car and commented on a few laps from the moving car in the middle of the 1000km race. A great live experience for everyone in the stands and on the track loudspeakers.

On September 16 and 17, 2022 - so the organization could already announce before the award ceremony - the new edition of the 1000km race will start next year. Make a note of the date!